Team Umizoomi Wiki
Register
Don't have an account?
Sign In
Advertisement
in: Episodes, A to Z, T,
and 17 more

View source
watch 01:36
We're Getting Mutants in the MCU - The Loop
Do you like this video?
Play Sound

The team attempts to build an ice cream pizza containing a cookie base, ice cream, and chewy candy. 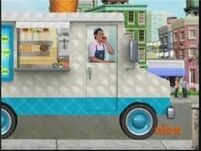 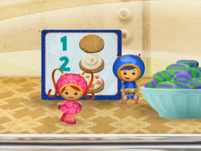 That is the three step process to make an ice cream sandwich.

Here is one example of a completed ice cream cookie sandwich.